The highlight for almost every Harvest School student during their three months serving in Mozambique is the Bush Bush Outreach. Most return to base having witnessed the most incredible miracles, often seeing hundreds encounter Jesus for the first time.

During our second week, it was time for my group to go on Bush Bush. We had very high expectations as the week before a team had raised a young child from the dead. Anticipation was gripping us all as we piled in trucks and buses for the five hour journey into the wilderness. What was God going to do? How was He going to use us?

Eventually, after a long bumpy drive we found ourselves in a small village in Nampula Province. The locals chased after us excitedly; they’d never seen a bunch of white people before. They had seen our truck drive past often and always wondered when we’d stop at their village. Iris Ministries has a very effective structure for evangelism and church planting. They only go into a new village once they have the resources and manpower to effectively disciple the village. Finally the preparation was complete and we had Pastors ready to go in full time.

Shortly after arriving, a young man approached me and asked for prayer. He was one of the few believers and knew Jesus was the one to save him from his affliction. He suffered from epilepsy for sixteen years, having up to six or seven seizures every single day. Because of his epilepsy he was unable to work and so his wife had left him and taken away his children. He was instantly set free, delivered and healed that evening and became the newest member of our bible school. You can read the whole testimony here. Epilespsy Healed – Sixteen Years, Six Seizures a Day, GONE!

After putting up our tents and entertaining the many many children, we lead the people to the Jesus Movie. The Chief of the village had allowed us to set up the big screen in a community field. Until our visit this was considered an unreached village. 99% of the inhabitants were of another faith and had never before heard the Gospel of Jesus Christ.

Approximately 900 people gathered to watch the Jesus film; The Gospel of Luke dubbed into Makhuwa so all could understand. Our team spent the duration of the movie praying in the Spirit in anticipation for what God was going to do next.

After the movie Heidi Baker preached and told them how much God loves them. She invited them to respond to the Good News and receive Jesu (Jesus Christ) as their Lord and Saviour. The majority, if not all immediately responded. People were getting healed of broken hearts and bodies and were being set free and delivered as demons fled.

We did a prayer tunnel so that we could bless everyone. Men and women, young and old, even children were passing through the tunnel. Some were weeping under conviction of Holy Spirit, others giggling and jumping about with joy. The children each passed through the tunnel multiple times but it was our pleasure to bless, bless, bless them.

Following the movie we headed back to base where we were camping in the Witch Doctor’s back yard. We ate our dinner, tuna spaghetti, and then proceeded to feed the little ones by putting it in bread rolls. There were so many more hungry children, than we had rolls to feed them. Luckily, Heidi sees this situation often so she taught us how to pray for multiplication of food. Well guess what? They all ate, every single one of them. See Food Multiplied to Feed Hungry Children for more details.

The next day we spent the morning honouring the Chief and the Elders of the village and sharing testimonies. The witch doctor and his wife who had kindly allowed us to camp in their yard both received Jesus that morning. The renounced their involvement in witchcraft and idolatry and allowed us to burn everything connected to the occult. This sends out a powerful message to the rest of the community. As the Chief had also become a believer, he donated land for the building of the community church. Heidi and some others went off immediately to dedicate the land to the Lord.

We also gifted the Chief with some audio bibles in the local language. The community was over the moon to be able to come together to hear the word of God. This is something we, in the Western church, take for granted.

Next, it was time to go door to door, into the village to meet with people and pray with/for them. It was such an incredible experience for us. The whole village was so friendly and welcoming. Some even gave us precious gifts of sugar cane to say thank you for telling them about Jesus.

During my house visits I had the opportunity to pray for many babies with malaria, watching their temperatures drop and swelling go down. I lead two drunk men to Jesus, who were  delivered from their addiction and sobered up instantly. After this I had people chasing me down saying “I need your Jesus, I need your Jesus”. There was such a hunger and desperation in them.

Claiming the Land Back for Jesus

After lunch, we fed the children once again and spent time loving on the villagers. Then I was approached by a man who needed his house cleansed from demonic activity. I took a group of Bible School students with me and we were able to first lead him to Christ and second clean the house and invite Holy Spirit to dwell there. The shift in the atmosphere was tangible.

That evening we showed the Jesus Movie once again. This time even more people came out to watch. Children couldn’t stop talking about this man Jesu who loves them.

I shared my testimony with the crowd and shared the goodness of God in my life, prophesying that same transformation power in their lives. We did another prayer tunnel and so many were blessed by Holy Spirit once again.

The following morning we left shortly after breakfast; but not before creating a bonfire and burning all memorabilia from the occult belonging to the witch doctor.

One Plants, Another Waters, But God is the One Who Makes Them Grow

A few weeks later another team returned to this village to continue the work we started. They reported back that the people were so open and hungry for more of God.

This was such a humbling experience but one of my all time favourite trips. We all want to see deaf ears and bling eyes open, the crippled walk and resurrection of the dead. I didn’t see these things this time but what I did see was the biggest miracle of all. The salvation of almost an entire village. The transformation of a community. Heaven came to Earth that weekend, an experience I will never forget. 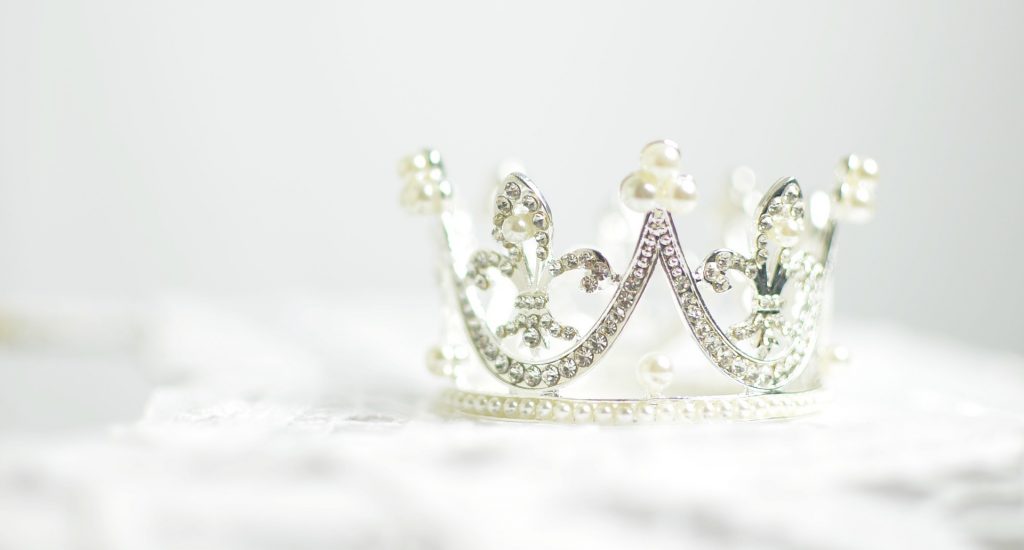 Clothed in Righteousness
Recently, as I was seeking the Lord through prayer and fasting, I entered into an intense ecstatic experience in which 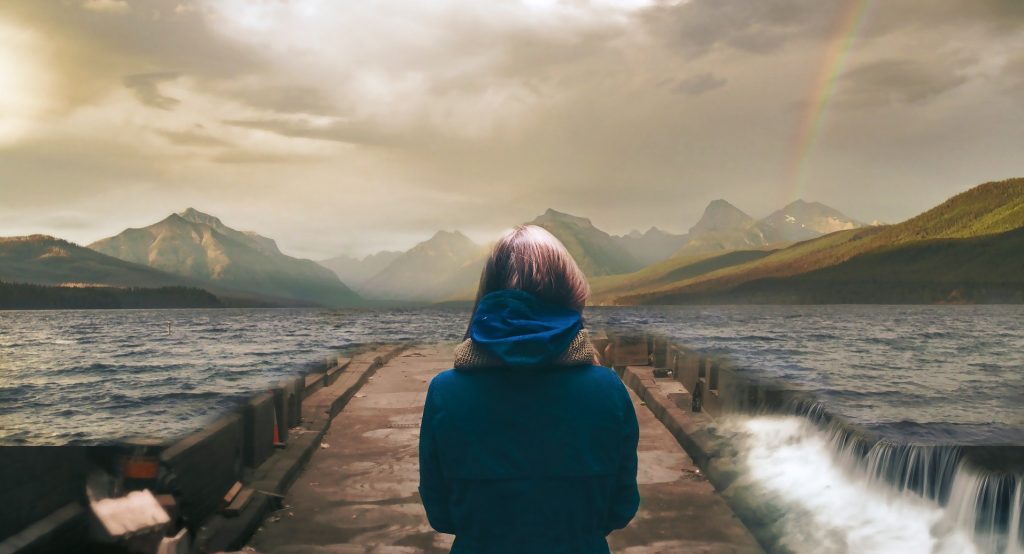 The Promised Land
In my quest to seek revelation from the heart of the Father, I just love to journal. Typically, I will 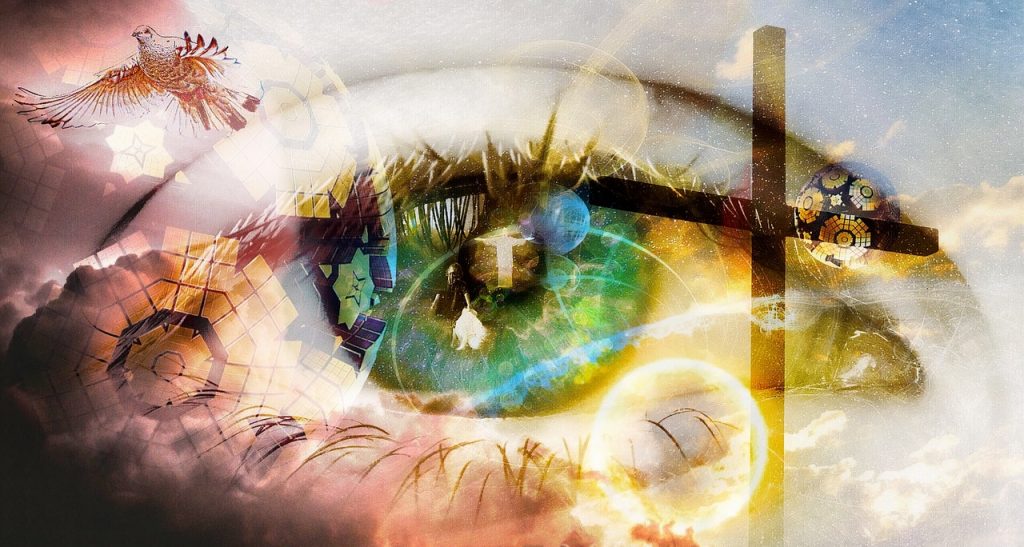 The Seer Anointing for Healing and Deliverance
I'll never forget the day Heaven came crashing down and transformed my life forever. It was exactly a month after 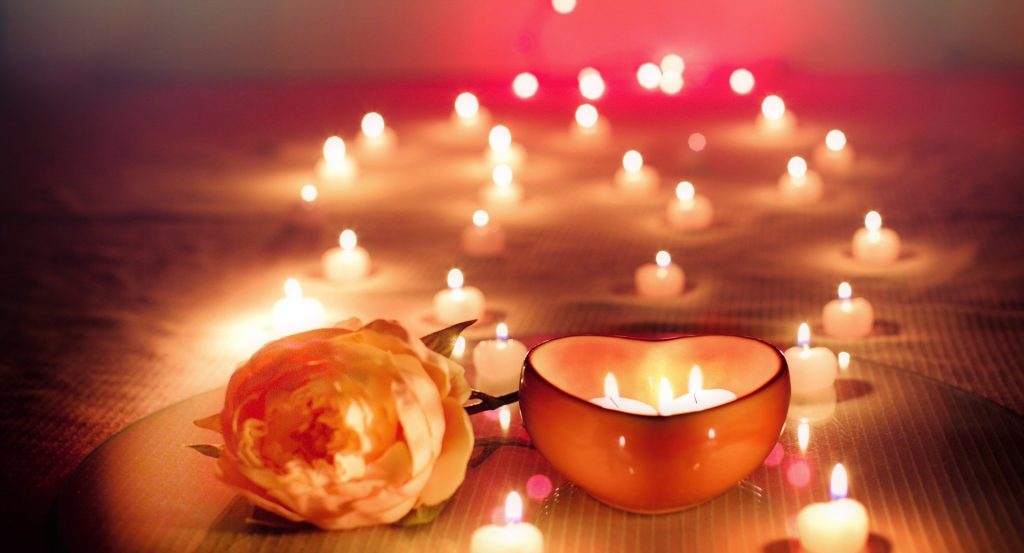 The Father’s Heart Chamber
As I was praying I asked Abba to show me the Father's heart chamber. Immediately, I sensed a shift in 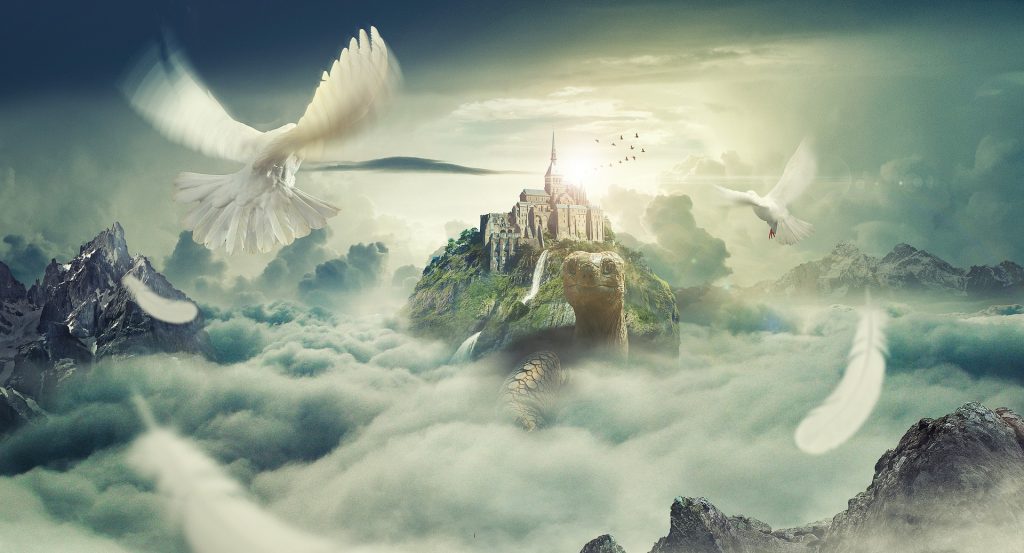 The Heavenly Room of Mist
A lazy Sunday morning, I lay in bed meditating on the Father’s goodness towards me. I asked Holy Spirit to 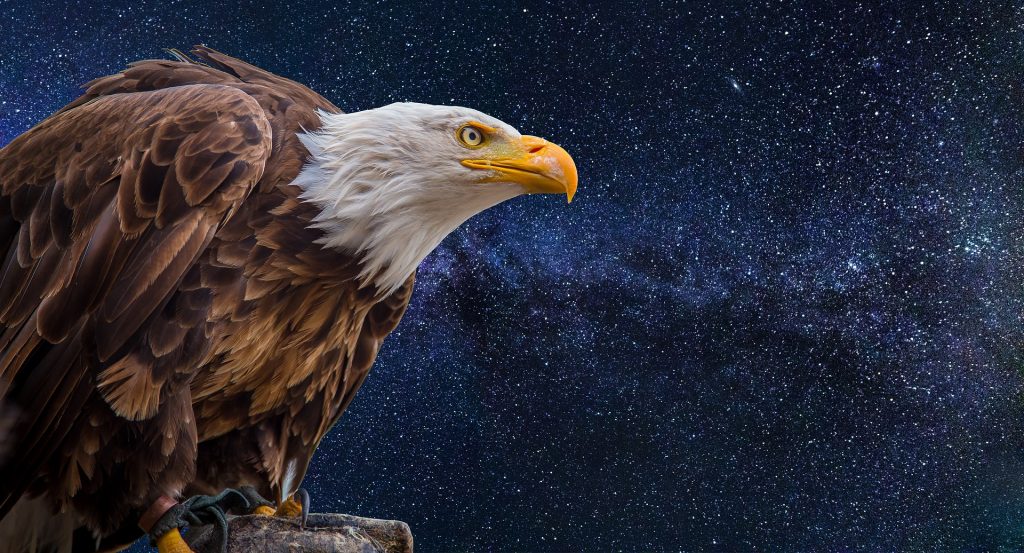 Rise Up with Wings Like Eagles
This morning I woke up with the words; ‘those who trust in the Lord will renew their strength, they will 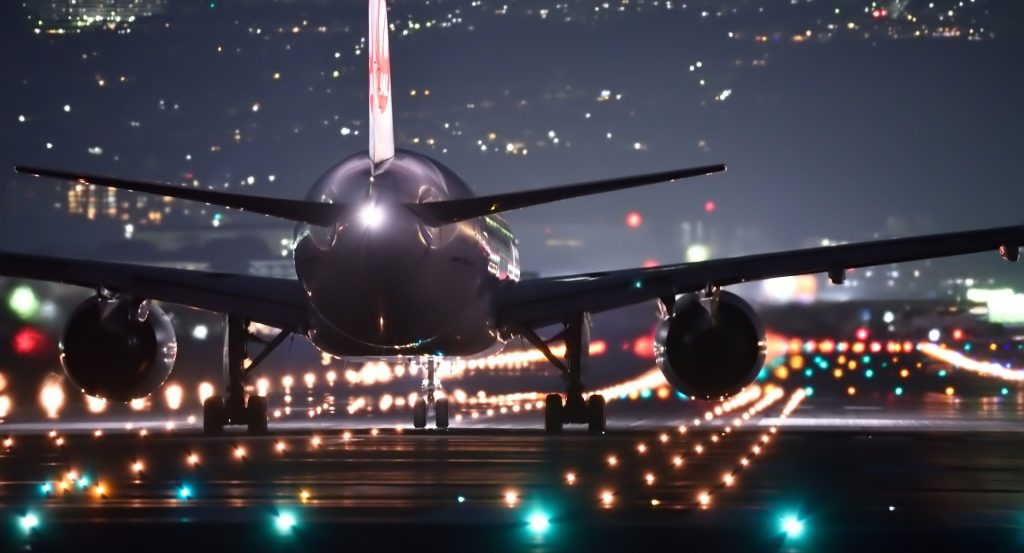 Viral Revival
Viral Revival is coming... As I was praying this morning I saw an image like the world map of coronavirus. 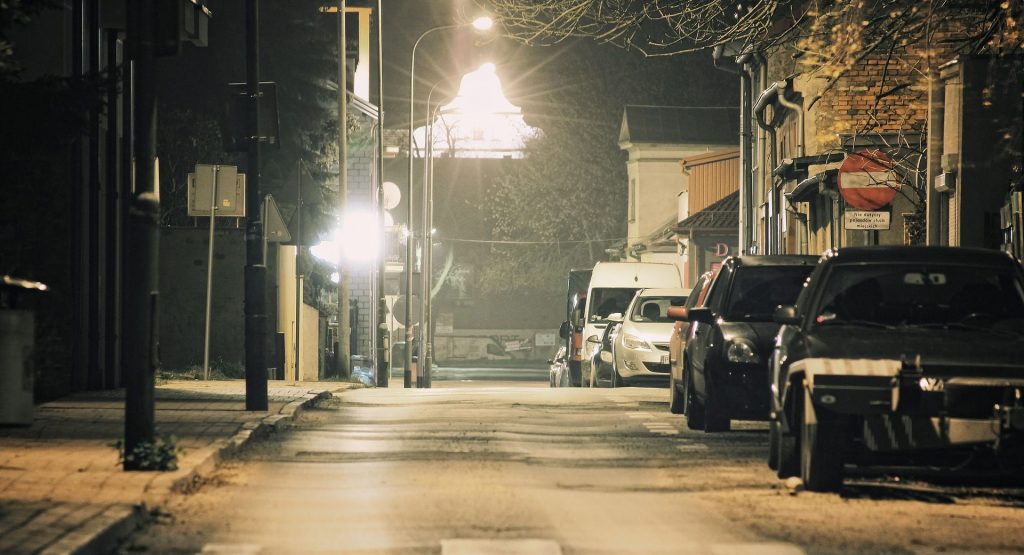 A World of Chaos and Confusion
There she was... standing in front of me... one of the most beautiful women I'd ever seen. The perfect body. 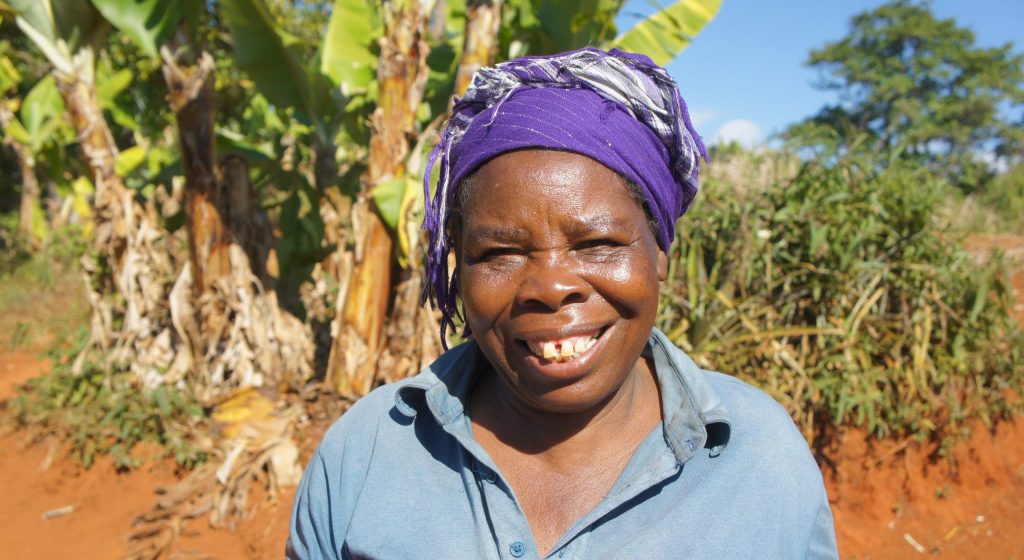 Jesus Opens the Eyes of the Blind
Chimanimani! Oh how my heart came alive in the serene mountains of this beautiful village. In the aftermath of chaos 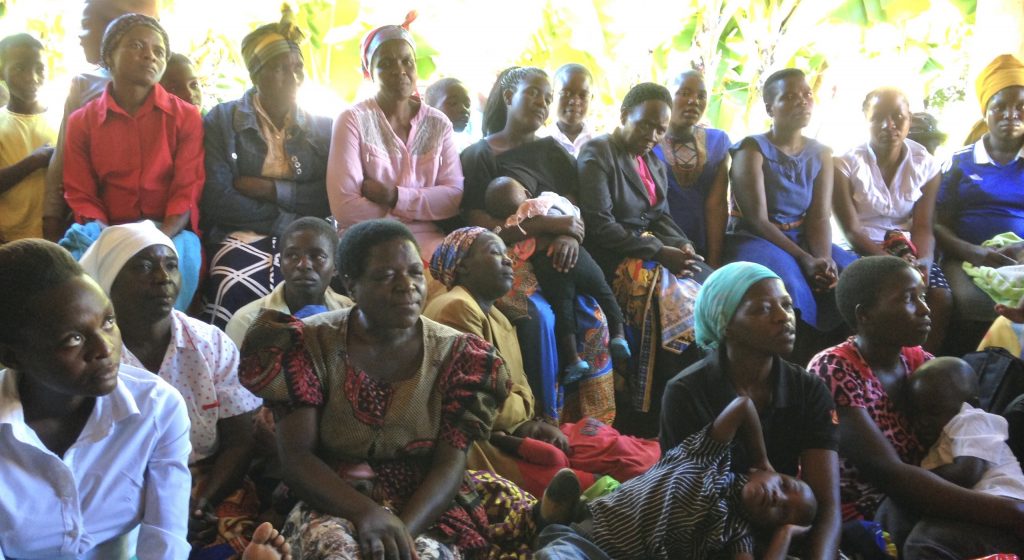 Waiting Game Thwarts Bandits
Have you ever been in a time of waiting that you didn't understand? You heard God, you followed his voice,
1 2 3 Next »

Sometimes the road ahead seems barren but if you l

Today Grandad wanted to go on a hunt for #snowdrop

“Look at the lilies of the field and how they gr

This photo pretty much sums up my week serving as

Flashback to our time in Zimbabwe earlier this yea

I love this cute little house of prayer in the mid

This precious lady had been unable to walk for som

Human words are not enough to console the devastat

Every face has a story to tell. This is the face o

The Kingdom of God is righteousness, peace and joy

One of the hardest things about being overseas is

Such a privilege to lead this group of world chang